The Walking Dead returns on February 8th for the second half of Season 5, and we’re all still recovering from (SPOILER ALERT) the demise of hope in the form of Beth Greene. And although there is some solace in having the gang reunited and “surviving together,” one might worry that the already bleak situation will fade to black as the group follows Rick Grimes lead as he extolls, “we do what we need to do… and then, we get to live.”

While you take a moment to ponder the now ironic title, The Walking Dead – which can easily describe those hanging to the last shreds of humanity as much as it does the walkers/biters/geeks/roamers/lurkers – and to tide you over to AMC’s annual “Zombie Bowl” counter programming to the Super Bowl on February 1st, here are some dead-on amazing fan art of our favorite characters.

SPOILER ALERT: If you’re not caught up with the TV series, you might want to skip reading the descriptions but enjoy the art!

Parenting during a Zombie Apocalypse is not for the meek; Rick Grimes has learned this the hard way as he’s tried to balance being a kind and fair human with protecting his own. But the end gory end to The Claimers’ leader Joe at Rick’s hands (well, teeth actually) in the Season 4 finale through Season 5’s stop at Terminus (“you’re either the butcher or the cattle”), it’s clear that Rick’s bite is far worse than his bark. We’ll be looking forward to seeing the lengths Rick and his beard will go to survive in this second half of Season 5. 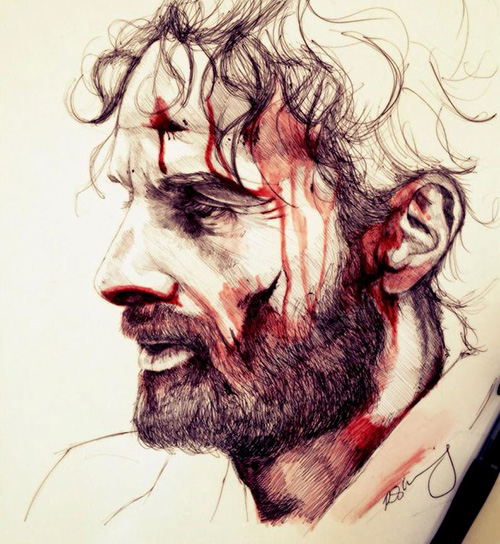 From the wings on his leather vest to the hurt and distrust in his eyes that reveal the depths of a soul wounded by more than just a pesky apocalypse, we’ve always known that Daryl Dixon is a lost angel. From the everything-he-loves-turns-to-dust files, the loss of his close friend and light in his life, Beth, may be a dark turning point for Daryl. 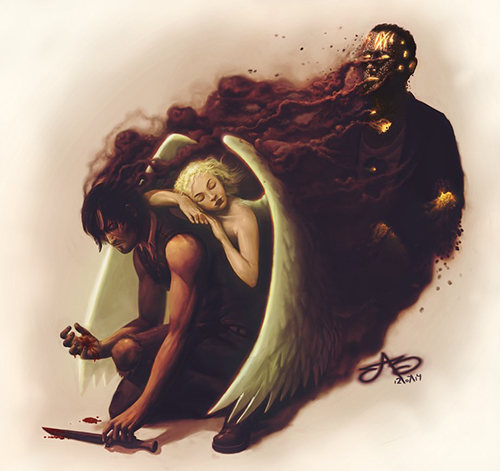 Michonne has always been the silent but deadly type – you do not want to meet her and her Katana in a dark alley… or forest… or basically anywhere. But deep down beneath that steely exterior lurks perhaps her deadliest weapon: vulnerability. Whether she’s breaking down Carl’s walls, holding Judith, or urging on her friends, as we see in the trailer for Season 5, Part 2 -- “Don’t you want one more day with a chance?”

-- inside the heart of this warrior beats an unstoppable, compassionate heart. 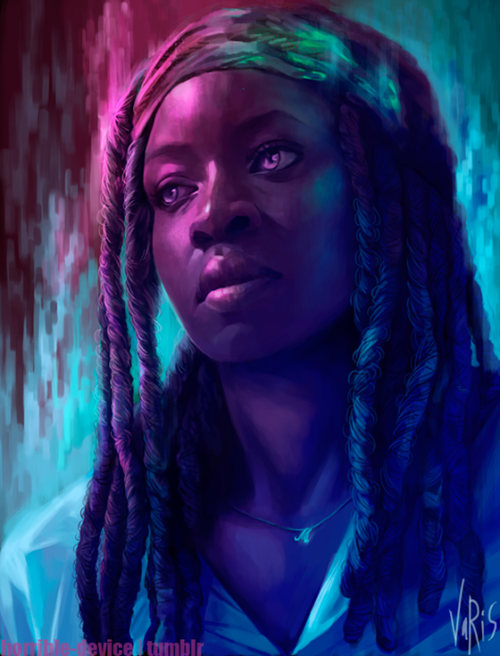 Maggie has had a pile of anguish heaped on her since her family home was destroyed back in Season 2 – she lost her dad, then the love of her life, Glenn (temporarily) and now her sister Beth (sadly, permanently). Although she can be a pillar of strength, her dwindling faith might make it harder for her to carry on. Hopefully nobody else she loves buys the farm any time soon. 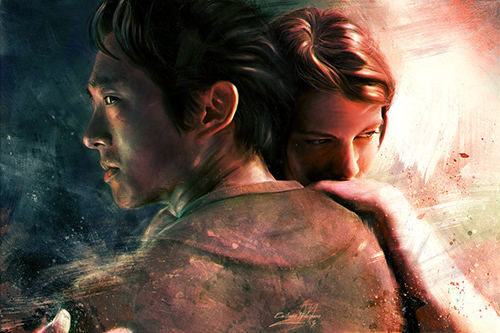 Carol Peletier was the first in the bunch to adopt the new, brutal, moral code of the walker-infested world, beating even Rick to the chase as she iced the infected, plucked a budding sociopath before she bloomed, and even singlehandedly saved her friends from becoming fresh meat for a cannibal banquet. Now, barely recovered from a car accident, let’s hope she can take a moment to smell the flowers before getting back to the business of surviving. 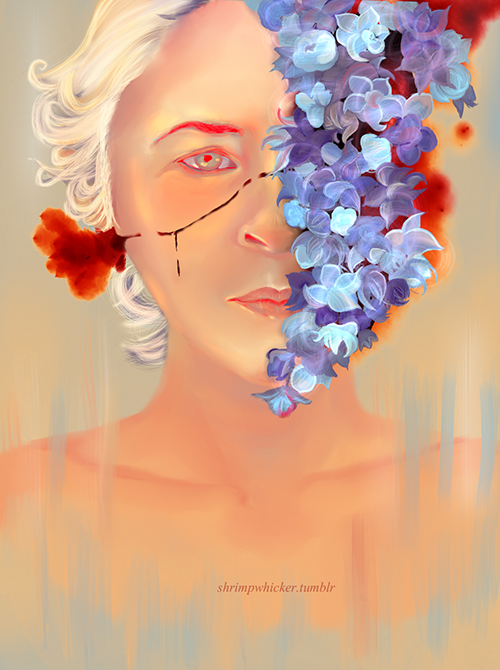 In the first part of Season 5, “Dr.” Eugene Porter blew everyone’s mind – especially Abraham’s – when he revealed that Washington was as much of a ruse as his business-in-the-front-party-in-the-back mullet. Aside from lying, his survival skills are pretty pathetic, so it’ll be interesting to see where he goes from here… once he regains consciousness. 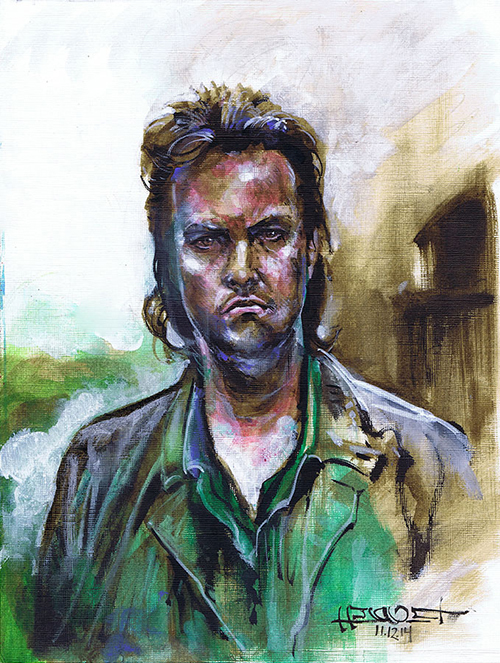 Although Abraham Ford is a brutal, loose cannon (see unconscious Eugene for details), there is something very sweet about his relationship with Rosita Espinosa. Also, they’re the only Apocalyptic lovers we’ve seen that have some real heat between them. (Sorry, Glenn and Maggie – you guys are cute, but too much like an old married couple!) 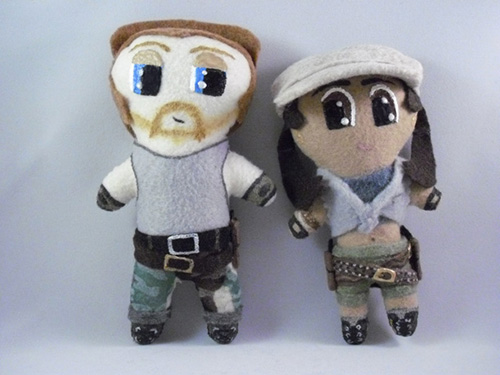 If we didn’t think Atlanta was the epicenter of Hell on Earth before, losing Beth at Grady Memorial Hospital was proof positive that no good can come in the ATL. But where to next -- Washington D.C.? The rumored “safe” zone in Alexandria, VA?  No matter where, though, the one thing we know for sure is that when we tune in on February 8th, we’ll find out “What Happened and What’s Going On.” 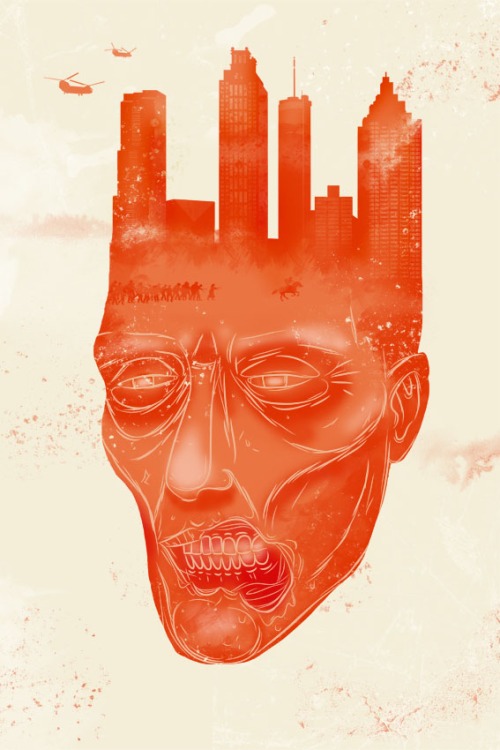 Did we miss any of your Walking Dead faves like Sasha, Tyrese, Carl, Tara, Noah, baby Judith, Father Gabriel, a walker or two…. or even creepy Morgan? Tweet your fan art to @brittashipsit.