Let’s travel back in time four years, and imagine a world where we don’t know the beloved characters of Downton Abbey. Do you remember your first thoughts of the aristocratic Crawley family? There was the beautiful Lady Mary and the high spirited Lady Sybil and of course, the often forgotten, Lady Edith. Viewed as jealous, desperate and plain Lady Edith began the series as the least favorite Crawley sister. However, through five seasons, Lady Edith has transformed into one of the strongest and most likeable characters on Downton Abbey. Warning: Spoilers Ahead.

Edith is tired of being "Poor Edith". Way to seize your own destiny, Lady Edith. #DowntonPBS

At the beginning of the series, Edith, trapped by the convention of her standing, begins to push outside her comfort zone by learning to drive. Though it isn’t a torrid love affair with a Turkish man or extreme political activism, Edith accepting modern technology was the first step in her course toward self discovery. Edith began to understand that she was more than her life at Downton. 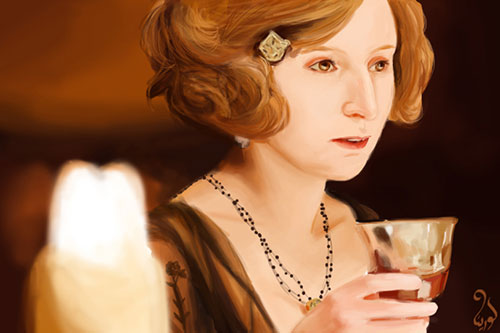 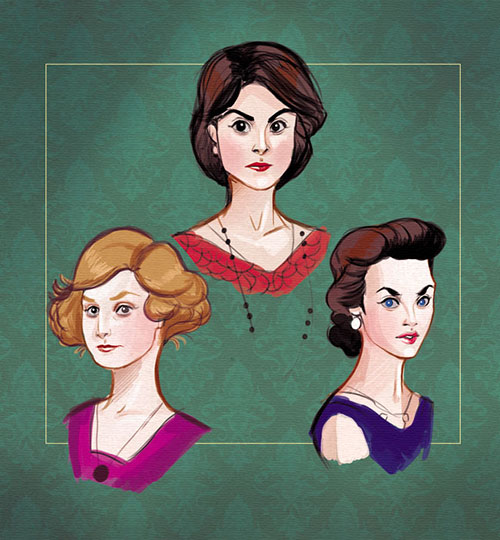 What Happens When the “Something Old” is the Groom

So desperate to be apart of the conventional life at Downton, Edith throws herself at Sir Anthony Strallan. Strallan, both injured from the war and significantly older than Edith, left her family concerned that she be more of a nurse than wife. Strallan, realizing this, leaves the unsuspecting Edith at the altar. But Edith arises from the ashes, finally over the patriarchy. Lady Edith, spinster looks good on you. 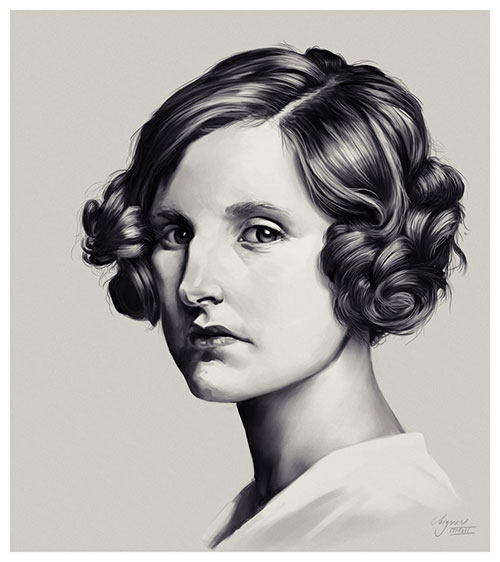 Spinsters Get Up For Breakfast

Rather than wallow in self pity, Edith accepts a job as a writer for the newspaper, The Sketch. With her independence and wit, Edith launches a column about issues facing the modern woman. What was better, Edith that completely blossomed as a working girl or Lord Grantham’s horror that another one of his daughters is joining the working class for fun? You go sister suffragette! 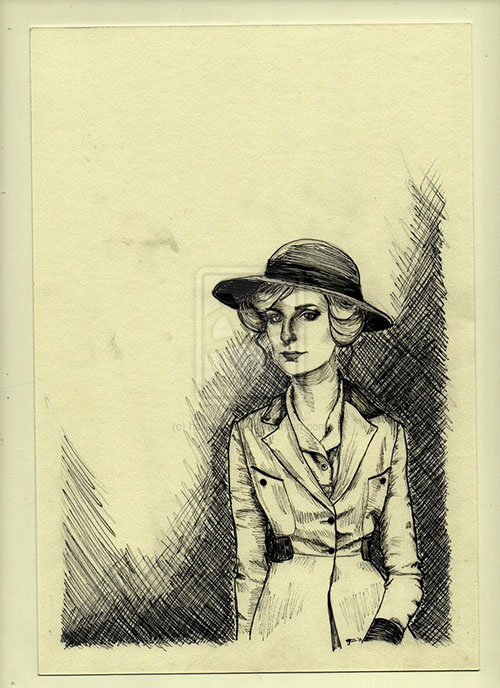 Not That Kind of Girl

Edith grows close with her married editor, Michael Gregson. The night before Michael leaves to pursue his divorce in Germany, he signs over all his assets to Edith and the lovers sleep together for the first time. What was most refreshing about Edith’s choice was her confidence in her sexual identity. Old Edith would’ve slut-shamed herself, but the newly empowered Edith remains unapologetic about her choices. 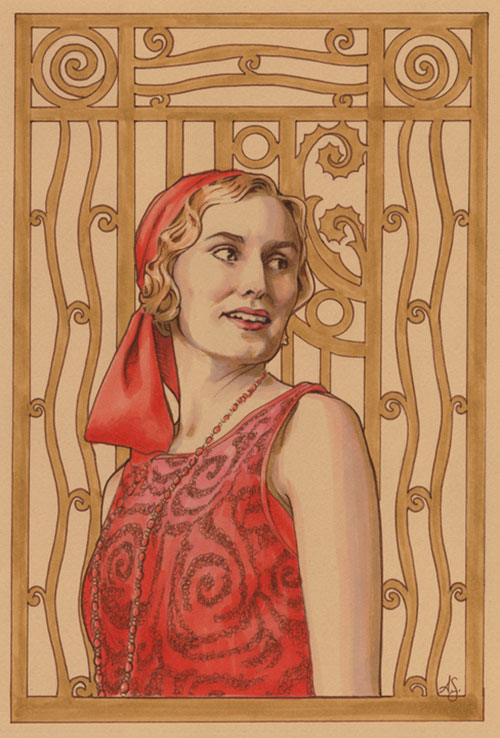 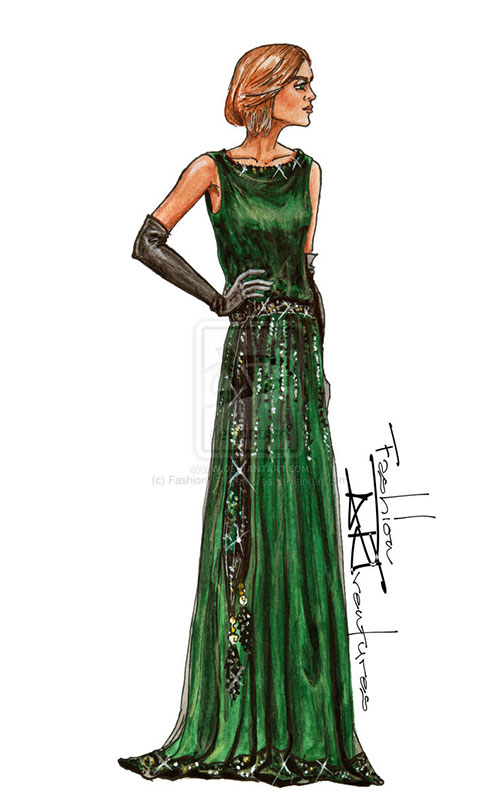 After Michael goes missing in Germany, Edith discovers she’s pregnant. Her aunt suggests she attempt to abort the child but Edith is still in love with Michael and wants to have his child. Like any liberated woman, Edith makes the decision that is best for her. More empowered now than at the beginning of the series, Edith has the strength to carry the baby to term without the “security” of a husband. 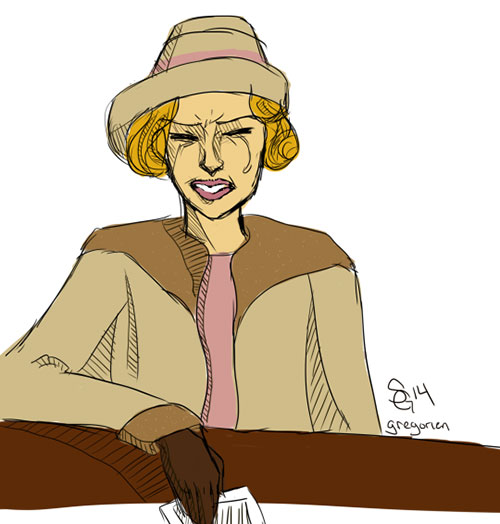 A Modern Family Comes to Downton

After placing baby Marigold on a neighboring farm, Edith tries to stay away from her daughter but cannot bear the separation. With news that Michael died in Germany, Edith inherits his publishing company. A hellbent Edith reclaims her daughter and heads to London to start her life as a publishing mogul. In this moment, we witness Edith putting the happiness of her daughter before any aristocratic expectation or patriarchal convention. Edith Crawley, you CAN have it all! 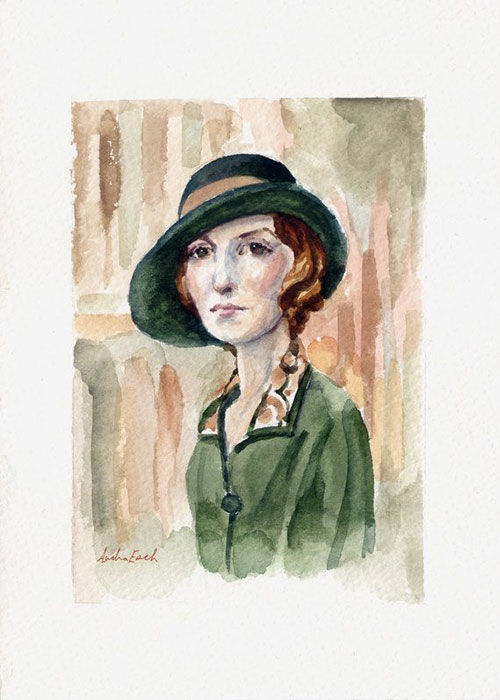 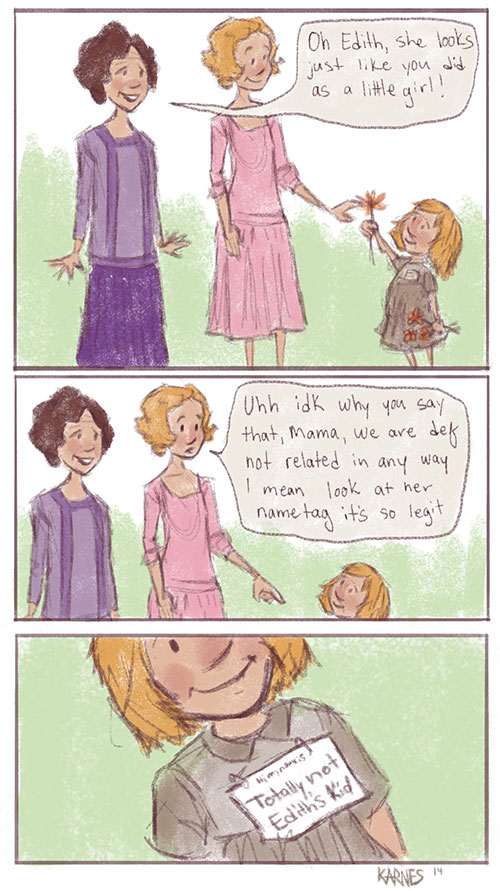 Nothing is more refreshing than watching an insecure female character blossom into a strong-willed, powerhouse on screen. From plain Jane to working mom, Lady Edith has risen in the hearts of Downton Abbey fans by overcoming all expectations.

If you have your own Downton Abbey fan art, we would love to see it. Upload it to our gallery and then tweet our editor @brittashipsit .