Sure, Two and a Half Men has a lot of fans, but does it have a fandom? I'm sure it does, but not large enough to warrant a slot on this list. No, we're all about celebrating the communities of fans so passionate they generate art, fiction, discussion, and obsession over their favorite shows. And 2014 was a big year for TV fandoms. Sherlock returned after a long hiatus for a new series; Supernatural celebrated its 200th episode, and Game of Thrones murdered its one millionth character -- all important milestones.

Join us in celebrating the biggest fandoms in TV in 2014.

As far as viewers go, this is one of the biggest TV followings, but viewers alone don't dictate the power of the fandom. Game of Thrones brings in many viewers, but it has yet to crack the Top Five fandoms in terms of strong Internet presence. The Internet folk who do represent the GoT fandom, however, have a lot to be excited about. Between Margaery, Arya, Daenerys, Brienne, and more, this show is kicking ass with strong female characters. Because of the huge ensemble cast, everyone has a favorite story, and the show is a shipping smorgasbord. Jamie/Brienne? Tyrion/Bronn? Margaery/Sansa? Let your ships sail, Tumblr users; whether they're canon or not, everyone can find a Game of Thrones OTP. But ship it hard and fast because chances are your favorite character will be dead by the end of next season.

With the introduction of a new Doctor, this fandom has had a big year. Many die hard Whovians might be upset with the low placement of the Doctor Who fandom on our list, since the show have held strong as part of the mighty SuperWhoLock fandom trifecta for many years. Maybe it's the polarized opinions about Capaldi, missing Tennant, or complaints of Showrunner Steven Moffat's sexism finally gathering steam, but whatever the cause, the fandom has begun to lose some of its allons-y, despite maintaining a reputation for itself. Much like a reverse TARDIS, the Doctor Who fandom is actually smaller on the inside. Despite slipping numbers, Whovians still remain in the Top Five and continue to amaze us with their analytical skills and attention to detail. Not a line of dialogue or a piece of wardrobe goes unnoticed. They are the champions of predicting things to come and finding tiny, hidden notes in each episode. Now that the season has ended, continue the love by creating more awesome fan art (and viewing some in our gallery if you need extra inspiration).

Two seasons of American Horror Story aired in 2014, so naturally the show and its fandom had a huge presence on the Internet this year. The insane popularity of the "Surprise Bitch" gif set alone is enough to get the AHS fandom on this list. Even if you aren't a dedicated member of the fandom, any Tumblr user knows that Evan Peters is as strange and loveable as Jessica Lange is intimidating and fabulous. American Horror Story has the unique factor of starting over with new characters and setting each season, which creates veritable carnival of opportunities for fan art. If you're loving Freak Show, hating it, or you can't watch it because clowns terrify the hell out of you, you have to give it up for the AHS fandom. Well done, freaks.

Well, I'm sure you saw this coming. The Sherlock fandom has had a banner year. Benedict Cumberbatch became a household name by costarring in every major film franchise this side of Star Wars; Martin Freeman's career has reached new heights from his turns in The Hobbit and Fargo, and both fellas won Emmys. After taking a long hiatus, everyone's mom discovered the show on Netflix and Sherlock achieved far more mainstream success with the third series in 2014. For quite some time, the Sherlock fandom has been one of the most active, especially in the fan art world, where the Johnlock subtext in the show can finally play out in stunning detail in fans' minds. The show gave a special shoutout to the fandom in the first episode of the third season with Sherlock's fan club led by My Mad Fat Diary's Sharon Rooney. But while Series 3 delivered a wild ride of mystery, style, and Mary feels, Series 4 won't air until 2016, so settle in for another long wait until our favorite consulting detective and his favorite blogger return. 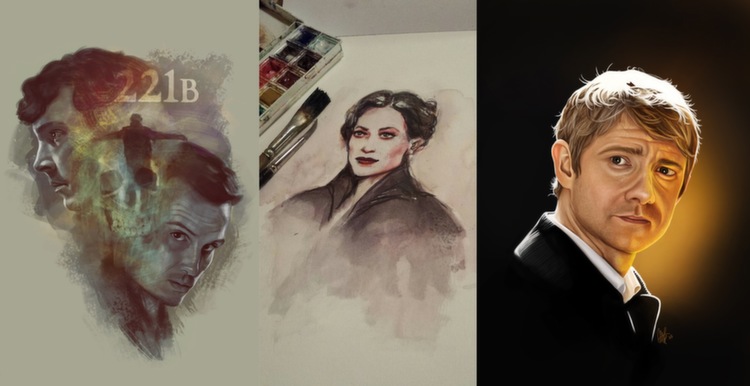 Teen Wolf is a show that is on the receiving end of a lot of criticism, a good amount of which comes from the fandom. After every episode the fans take to Tumblr to discuss their praise and their complaints. These fans have never been afraid to speak their minds and express their concerns, like demanding more people of color, and insisting that ship fave Sterek is real. This is because the Teen Wolf fandom recognizes their power – they're responsible for the views that keep the show on the air year after year. This fandom has had to say "Yes, I know it's on MTV and I know it's about werewolves, but I swear it's really good," time and time again, but they continued to prove their passion and dedication in 2014.

We've reached the Number 1 spot, the king of the fandoms. This year it was a unanimous decision to give the top spot to the Super part of Superwholock. The SPN fandom is gifted with having the most involved cast of any show out there. Jared Padalecki, Jensen Ackles, and Misha Collins interact with fans at several conventions a year, and Jensen became the last cast member to get a Twitter account this year, elevating the live-tweeting to absurd fan-servicing levels. The show recently hit the 200th episode mark, which was a musical love letter to the fandom, teeming with inside jokes, meta-references, and even a shout out to Destiel, the popular slash pairing between rugged Dean "I need you" Winchester and the loveable angel sidekick/multidimensional wavelength of celestial badassery, Castiel. Destiel was the most reblogged ship on Tumblr in 2014, the first year they compiled numbers for ships. Misha Collins' candor, humor, and willingness to interact with fans only fans the flames of the popular ship. He's known for engaging on Twitter, and throwing events for the public, such as GISHWHES, the Greatest International Scavenger Hunt the World Has Ever Seen, which activates fans to take their passions off Tumblr and into the real world. Congratulations to the SPN Family on being named the Biggest TV Fandom of 2014, and go celebrate with some pie and a cooler full of brewskis.

Science, clones, romance, murder, lesbians; this show has it all. Orphan Black has some of the most creative and talented fans, which can be proven by browsing even just a little Clone Club fan art. We all know Tatiana Maslany got snubbed this year, but she is always recognized for her work where it counts, in the fandom. 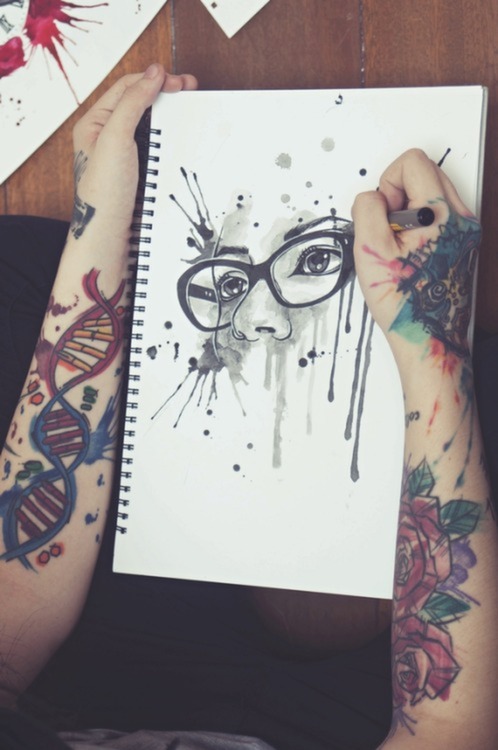 The Legend of Korra

Though it airs on Nickelodeon, based on the fandom is not just kids. Korra fans are loud and proud on Tumblr, DeviantArt, and beyond. The show had a huge year in 2014 as the series came to an end, and in an historic move for shippers and queer media activists, in the final moments of the finale, the show (spoiler alert!) made canon Korrasami, a popular femslash ship, sparking a thousand Tumblr users to add the show to their queues and forever cementing LoK as a shipper fave. 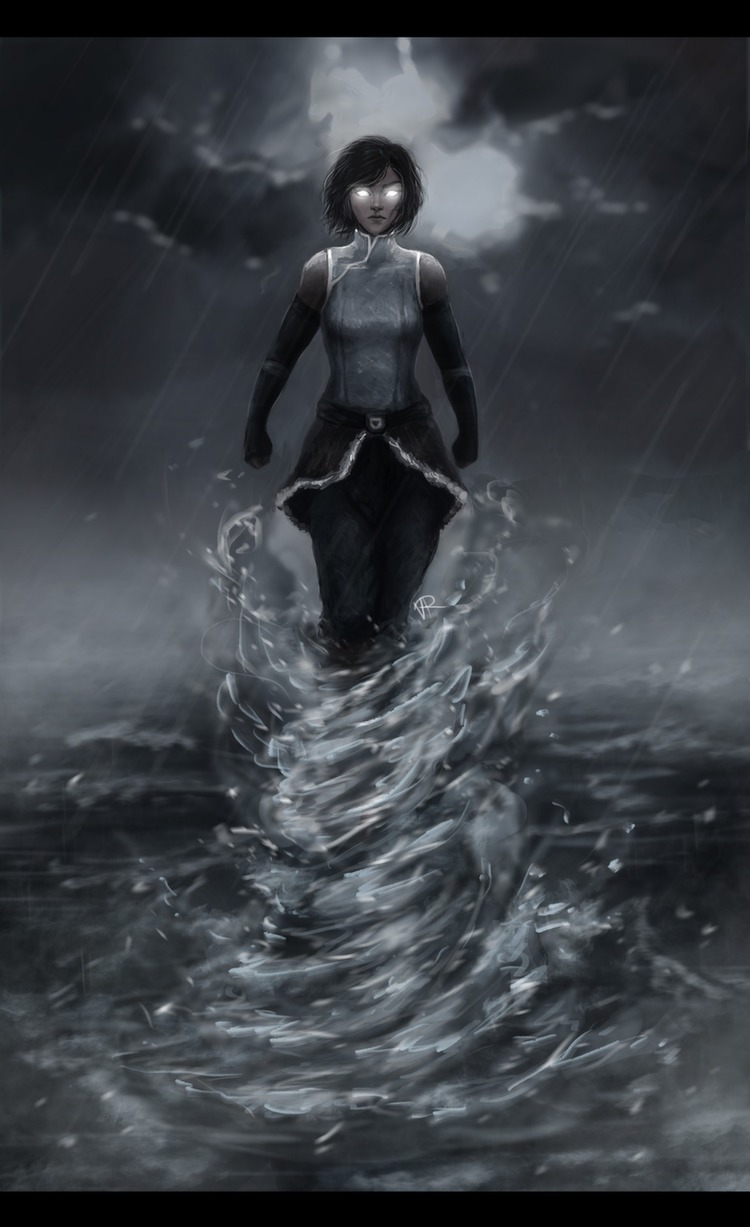 Orange is the New Black

OITNB fans agree on two things. Poussey is the best character on the show and Larry sucks. The fandom celebrates A+ representation on the show, with racial, gender, and sexual orientation and trans diversity. With one of the best season finales of the year and endless rad fan art, OITNB needed to make an appearance on our list. Laverne Cox for president. 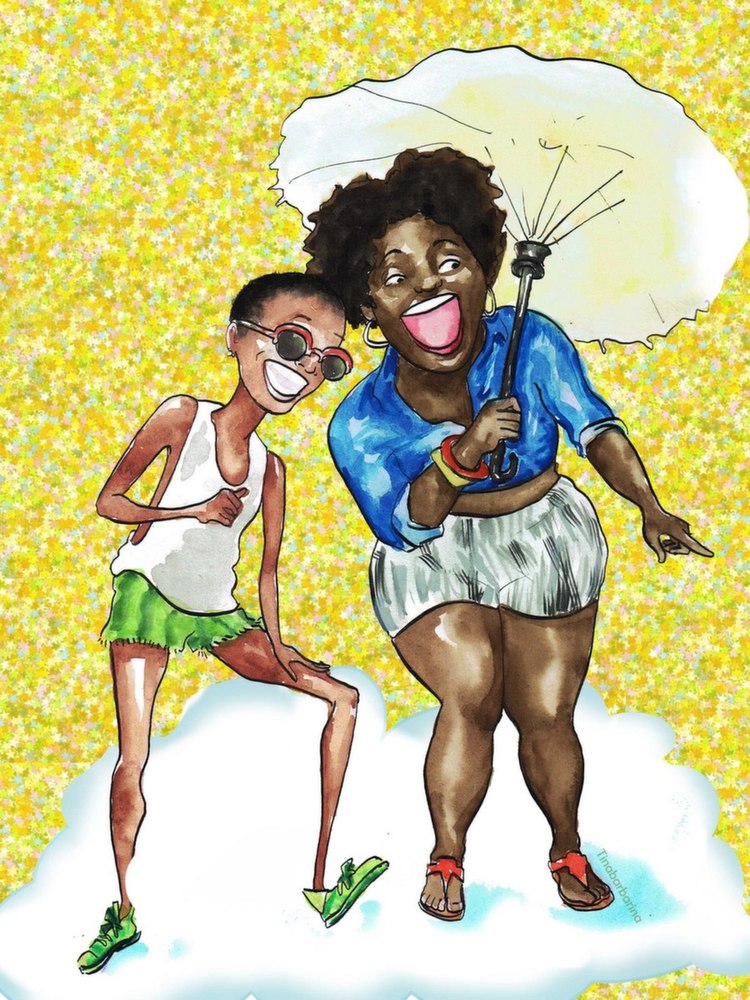 Right now, The Walking Dead is the biggest show on television. Their ratings are incredible and it receives dazzling reviews, but the demo skews non-fandom. It's less a place to find fan art of the "straight" male characters holding hands and wearing Christmas sweaters, and more of a fandom that your dad would be in. Still, the love for this show is palpable online, and we can't wait to see what 2015 brings for the gang. 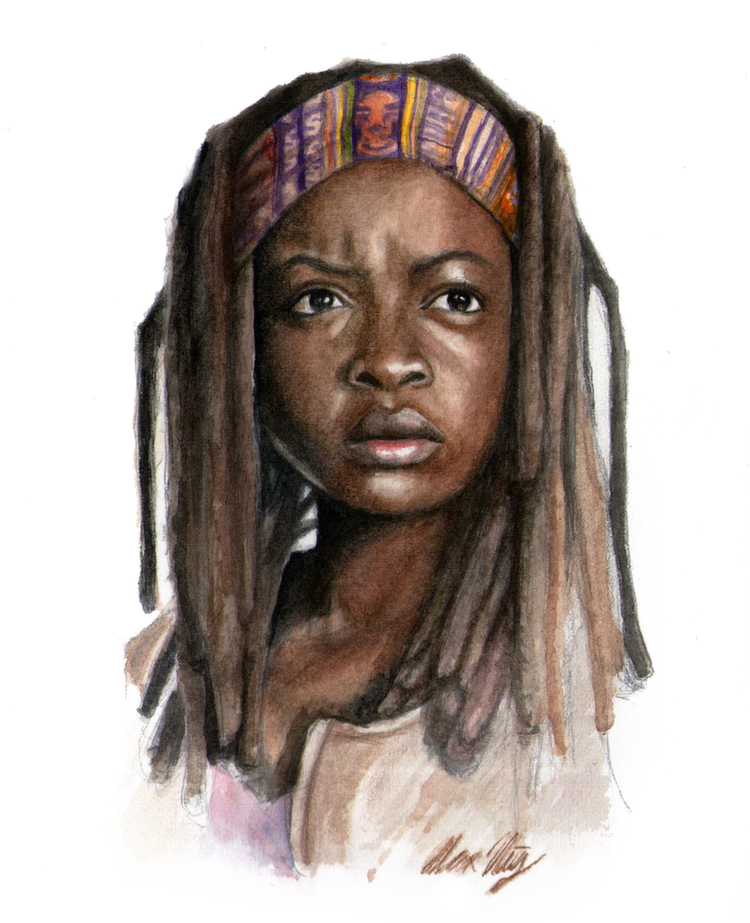 Hannibal is the perfect mix of genre elements and homoerotic tension, so of course Tumblr users go nuts for it. Almost immediately after it premiered, the fandom made itself known as a force to be reckoned with on the Internet. It definitely speaks to a niche audience of slash shippers and foodies, but man, oh man do they audience love it. 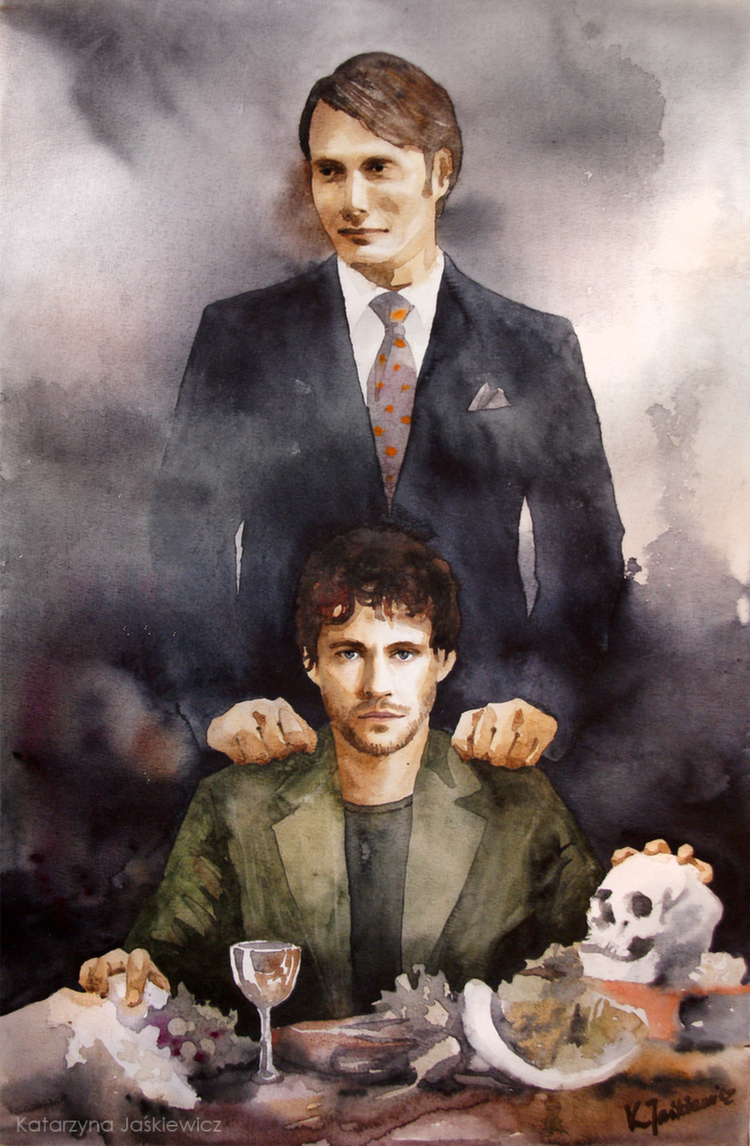 Do you agree with our rankings? Let us know what you think in the comments and don't forget to tweet @shutupshelbyy and @brittashipsit. See more fan art and submit your own work at worshipthebrand.com.