Last week the Internets went crazy when the bleak, horrendous existence that is The Walking Dead got a little shot of hope. A mysterious stranger named Aaron turned up with not only applesauce, S'getti Rings, and bottled water, but another, perhaps more important commodity: a reminder of what TLA looks like.

It was the kiss heard 'round the Twittersphere. Thousands cheered, but many others weren't happy. While we won't give any space to the trolls, you get the idea of the controversy steered by the Aaron-Eric ship:

The only thing wrong with this kiss is that the lighting is too dark! #TheWalkingDead #AaronAndEric pic.twitter.com/4lIsjd4GFK

While casual viewers might have the wrong impression about The Walking Dead – that it's just another zombie show – fans know that it's all about the relationships, which are as crucial to survival as anything else. Sexuality aside, all it takes is a knowing glance, a light hug, or even overly intense eye contact to trigger the imaginations of talented fan artists.

Here are some of our favorite ships:

Let's start small and sweet, with the cutest OTP. And try to forget that whole walker-in-the-barn situation. 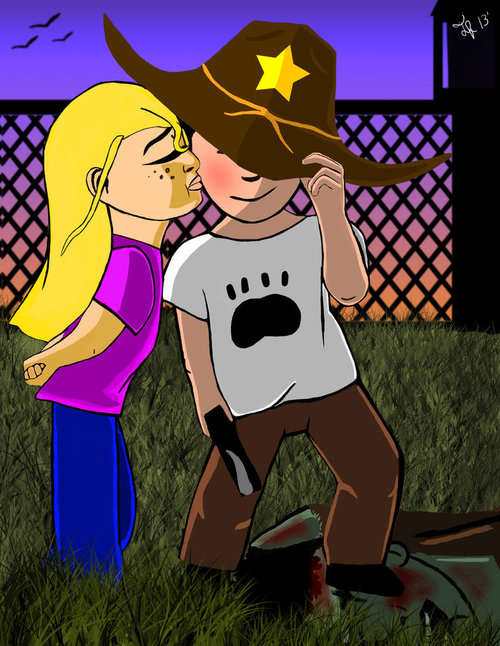 It's no secret that Lori loved Rick. But Lori also loved Shane, they both loved her, and they both loved each other. Was Shane's steamy look, then, intended for Lori, or was it a testament to his feelings for Rick? That's one ménage-a-walkers we'd like to see. 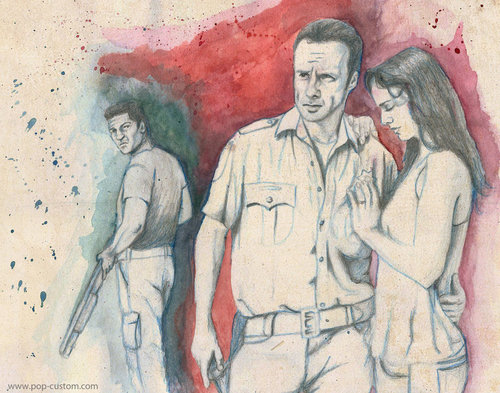 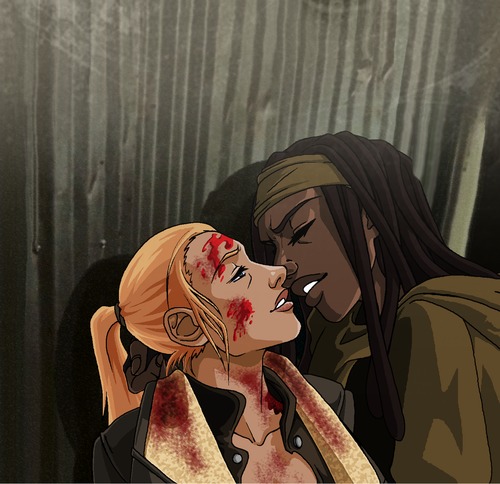 With all the brouhaha over Aaron and Eric, it's easy to forget that TWD already had an openly gay character in canon – Tara Chambler. Artist SweetSandy pictures her and Beth "getting shitfaced on moonshine," and enjoying a sweet, sexy, and dare we say, happy moment. In the brutal apocalyptic world, a good laugh is the hottest part of this fantasy. 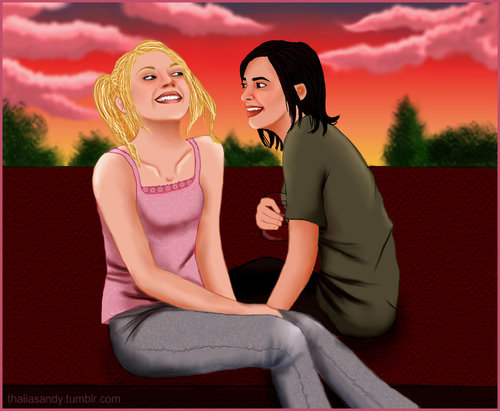 This is a ship that's gathering steam lately, especially as Michonne appears to be the only one that can tame the savage Rick. She's already won over Carl and Judith – could there be a cozy homestead built for four in the Alexandria Safe Zone? 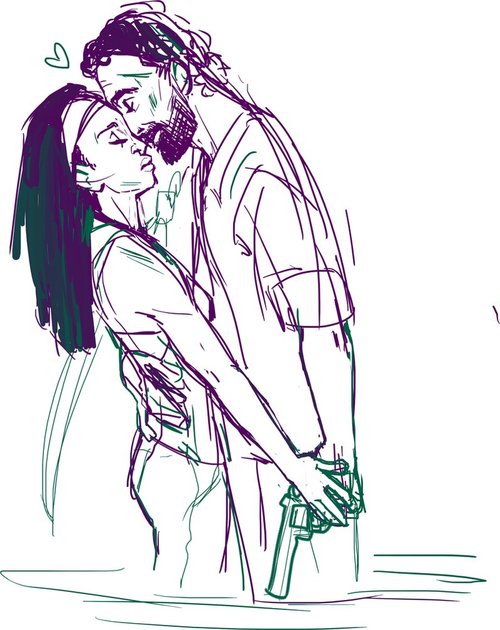 For TWD fanatics, there's a special place for Daryl Dixon ships. Here's a hot half dozen for your viewing pleasure.

Artist Czaritsa calls this "Rosa Laevigata." With their deep affection and smoldering sexual tension, we'd like to see this budding rose of a relationship finally freakin' flower. 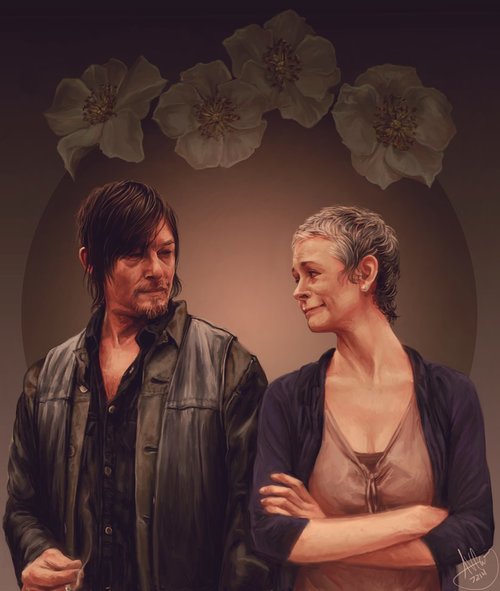 Of all of the possible partners for Daryl, Beth seemed most likely. Sadly, since Beth's death, this ship has sailed, but we can still fantasize about what an angelic pair the two would've made. 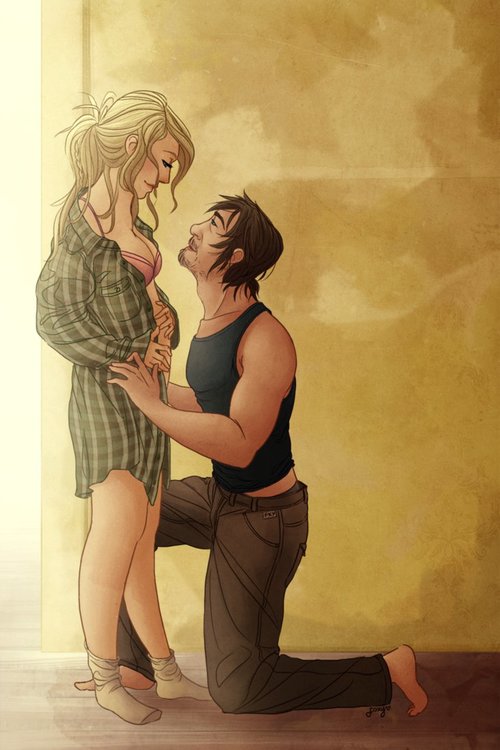 Sure, Glen and Maggie are together, but sleep on this: Glenn and Daryl. A pleasant dream indeed. 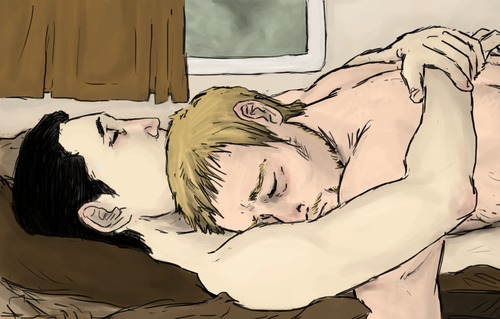 Remember Martinez? Sexy, powerful, and dead... but in his prime, he and Daryl would've made a brutally hot couple. 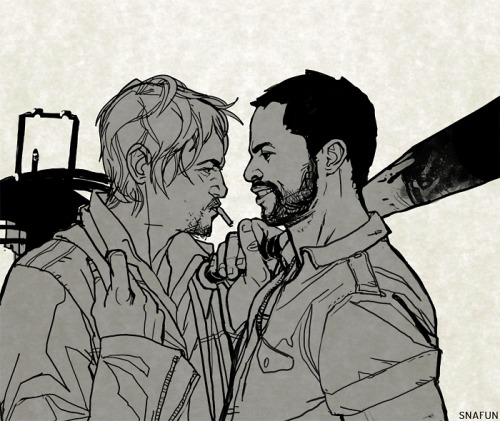 MaXKennedy's haunting portrait of Rick and Daryl is both poignant and steamy at the same time. 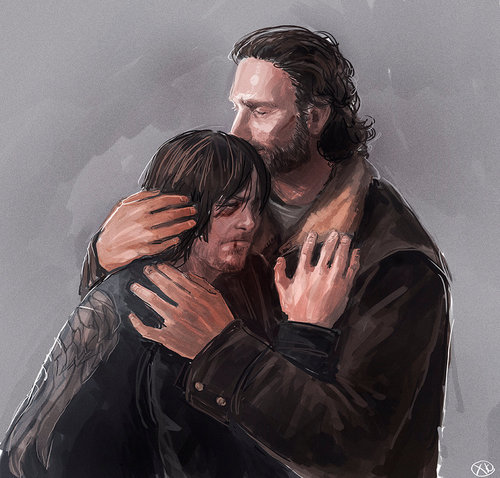 Did we miss your fave TWD ship? Tweet it to @BrittaShipsIt, and upload your own Walking Dead art to our gallery.

Tagged in: The Walking Dead TWD
in Fan Art Finds